INK180 transforms the painful reminders of destructive situations into beautiful art by covering the tattoos left from a former life in a gang or enslavement by human trafficking to help people get their lives back on the right track.  INK180 is also working to stop human trafficking and aid those who are rescued.

Chris Baker is a tattoo artist in Oswego.  After finding God as an adult, he prayed for a way to use his talent to serve and bless people.  He felt called to use his skills to cover up tattoos to help people turn their lives around. 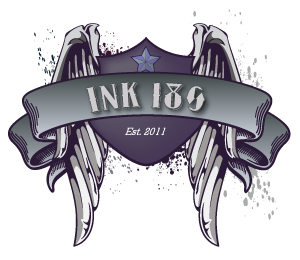 Former gang members are prevented from attaining good job opportunities, they are always under scrutiny from law enforcement and sometimes they are even targeted for reprisals because of their markings, regardless of their best intentions and efforts to leave the destructive lifestyle.  Chris covers up these markings of dark and destructive lifestyles with beautiful works of art.

Hundreds of young women, many of whom are domestic violence victims & runaways are held by organized crime, gangs, drug dealers, lies, abuse and threats. They are forced into prostitution and moved into major metropolitan areas, including Chicago. They are typically tattooed by their captors so that if they are ever found, they can be tracked back and returned to their ‘owners’.  These tattoos are sometimes names or bar codes.  Sometimes the victims are even branded and scarred like animals.  Chris covers up their vile markings with beautiful artwork, flowers of pink and purple, bright hearts, shooting stars, whatever the girls want. They love to choose the art, the colors, the images, but most of all, they love to have the reminders of their former life made invisible.

In addition, Chris does free tattoo coverups and removals for Domestic Violence Survivors, Self-Harm Survivors and Young People joining the Military to help them move forward with their lives.

Chris provides his time, supplies and artwork entirely free of charge to the victims. INK180 is entirely funded by donations, no charge is ever asked of the people receiving Chris’ ministry. He cannot operate any other way.  Beautiful second chances are totally free, already paid in full by the One who paid it all. They were for Chris, they are for us, so they must also be for those who have suffered so much already.

Ways you can help